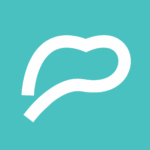 “Few individuals significantly alter the course of history.
Fewer still modify the map of the world.
Hardly anyone can be credited with creating a nation-state.
Mohammad Ali Jinnah did all three.“
Stanley Wolpert

On December 25, 1876, Mithibai gave birth to a son, the first of seven children.

The fragile infant who appeared so weak that it ‘weighed a few pounds less than normal.

But Mithibai was unusually fond of her little boy, insisting he would grow up to be an achiever, and later that turned out to be true.

The boy name was chosen as Mahomed ali Jinnah bhai but was later changed to Muhammad Ali Jinnah and other name used are Quaid-e-Azam (Great Leader) and Baba-e-Qaum (Father of the Nation).

Although this is by far from being an exhaustive list and the more you read and know about this great man, the more it will continues to evolve and unfold, just the way life does.

Quaid, a lawyer, who always abide law, follow rules and play by the rules of the game have already set trends for other leaders by making himself as an example.

Any modern leader can achieve excellence by following his footsteps.

But that’s not it, he was a fashion icon as well, who was famous for his dressing.

He showed us that management theories won’t bring much to the table and Management plans won’t work either.

It’s about the people, who will either get the job done or mess it.

Lead the people, show them the right path, trust them and empower them.

He not only persuaded the Muslims to have a separate nation, but also made it realize to the British empire and the Hindu samraj.

“I particularly appeal to our intelligentsia and Muslim students to come forward and rise to the occasion.
You have performed wonders in the past.
You are still capable of repeating the history.
You are not lacking in the great qualities and virtues in comparison with the other nations.
Only you have to be fully conscious of that fact and to act with courage, faith and unity.”
Message to Pakistan Day, issued from Delhi, March 23, 1943

At such a time Jinnah guided a virtually rudderless Muslim League.

Aziz refers to Jinnah as the greatest Muslim leader of the 20th century who was able to turn a dream state of Pakistan into a reality.“
(Quttabuddin Aziz)

“He was the originator of the dream that became Pakistan, architect of the State and father of the world’s largest Muslim nation.

Mr. Jinnah was the recipient of a devotion and loyalty seldom accord to any man.“
(Harry S Truman, US President)

Think before you speak:

Quaid was a man of his words, he thought well before he spoke.

If he made a promise he make sure he kept his words.

During his last days, although he was extremely ill but made it to the inauguration of the State Bank of Pakistan because he had promised he would be there.

If we look at history, may be very few very people were backed up by hundred million people but Quaid was the sole voice of those hundred million Muslims and yet remained non-corrupted by that power.

“Jinnah is Incorruptible and Brave“
(Gandhi – Interview with Louis Fischer)

“Gandhi died by the hands of an assassin; Jinnah died by his devotion to Pakistan.“
(Lord Pethick Lawrence, My Brother(1987),
biography by Fatima Jinnah.)

Nothing should stop you, no matter what the circumstances are, target should be the focal point and eyes should be on the goals.

An old aged ill man with tuberculosis showed us by an example.

Quaid, never afraid of challenges, rather he challenged the pros in their own backyard.

Quaid, showed us to surround oneself with smart people, Smart people will guide you, raise you up and help you grow to your full potential.

Quaid, was a visionary leader, he had a huge vision about the creation of Pakistan.

He showed us that if you want to dream, dream big.

If you can dream it, you can do it.

Focus to be positive and not negative:

Quaid, used all his energy in positive exposure of himself and his followers.

“Our object should be peace within, and peace without.
We want to live peacefully and maintain cordial friendly relations with our immediate neighbors and with the world at large.“
Lahore, August 15th, 1947

There’s always a way and there’s more than one way to skin the cat.

If you really want it, you’ll find a way.

Equal rights for everyone and no distinction.

“I have always maintained that no nation can ever be worthy of its existence that cannot take its women along with the men.
No struggle can ever succeed without women participating side by side with men.
There are two powers in the world; one is the sword and the other is the pen.
There is a great competition and rivalry between the two.
There is a third power stronger than both, that of the women.“
Speech at Islamia College for women, March 25, 1940

“Whatever you may be, and whatever you are, you are a Muslim , you have carved out a territory, a vast territory .
It is all yours.
It does not belong to a Punjabi or a Sindhi or a Pathan.
There is white too in the lovely flag of Pakistan.
The white signifies the non- Muslim minorities.“

“Work honestly and sincerely and be faithful and loyal to the Pakistan Government.
I can assure you that there is nothing greater in this world than your own conscience and, when you appear before God, you can say that you performed your duty with the highest sense of integrity, honesty and with loyalty and faithfulness.“
(Broadcast Message February, 1948)

“He set a great example to other statesmen to follow by his skill in negotiation, his integrity and his honesty.“
Director, Center of South Asian Studies, Gordon Johnson

If you know about this great leader and want to share what lessons have you learned from his life, please share it in the comments box below.

ITIL vs PRINCE2 vs PMP: What They Offer and Which One is Better?

This site uses Akismet to reduce spam. Learn how your comment data is processed.